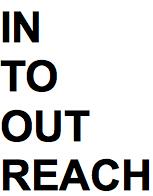 During the current week, it is planned to hold working meetings that will initiate the re-execution and new realization of two projects within the programINtoOUTREACH.

INtoOUTREACH program was conceived for the purpose of re-performing a number of successful projects from the production of the independent cultural sector in Serbia from the last decade. It is intended for the re-use of existing knowledge and sharing of acquired experiences with new partners from Serbia and the region. The program was initiated by four organizations: Cultural Center REX from Belgrade, STEALTH.unlimited from Belgrade and Rotterdam, Press to Exit from Skopje, and the New Media Center_kuda.org from Novi Sad.

Friday / Saturday, May 27 (at 6 pm) and May 28 (at 12 pm) - holding a consultative meeting at the National Library in Bor regarding the implementation of the project "Permanent Art Hour" of the Center for New Media_kuda.org from Novi Sad, at which will be attended by Branka Ćurčić, Zoran Pantelić and Orfeas Skutelis from Novi Sad - initiators of the project, Dragan Stojmenović - librarian of the National Library in Bor and local artists, independent cultural workers, curators, etc. More about the project "Permanent Art Hour": http://www.kuda.org/sites/kuda/files/docs/Trajni%20cas%20umetnosti.pdf and https://www.kuda.org/en/continuous-art-class-novi-sad-neo-avantgarde-1960-s-and-1970-s

The basis of the INtoOUTREACH program is the co-production of a series of exhibitions, discussions, lectures, and presentations designed to initiate the recapitulation, distribution, and decentralization of knowledge and experiences from a number of NGOs from "cultural capitals" that have been particularly active over the last decade. in the fields of visual arts, architecture, and activist cultural production, towards a new audience and towards the realization of new forms of cooperation with new organizations. The re-execution of prominent projects or programs from the last decade should enable a two-way fusion of production ideas and methodology, with a network of local cultural organizations and environments in which such projects have not been organized so far. The aim of the consultative meetings in Zrenjanin and Bor is to jointly detect the best methodology for re-performing the proposed projects through conversations with actors from local cultural scenes. At the same time, the emphasis is not only on cultural (re) production but also on conceptual reinvention and additional evaluation of projects outside the context and places where they were created. Through the challenge of re-setting these projects in a different time and environment, these activities both reach a new and pioneering level of engagement.

The program has so far been financially supported by the Open Society Foundation Belgrade, the City of Novi Sad, and the Ministry of Culture of the Republic of Serbia.