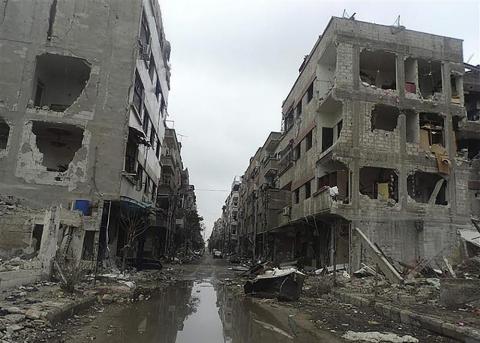 Center_kuda.org and the Group for Conceptual Politics (GCP) invite you to a lecture:

War today, Sylvain Lazarus: My conviction is, not only that the world situation is under the sign of war, but also that it is necessary to understand that war is everywhere, in many forms and different present. How to deal with this situation of war? What can this confrontation consist of?

Lazaris began dealing with the topic of war in 2001 in the Political Organization, where, as part of the discussion of the meaning of war, he argued that war between states, as well as Clausewitz's formula (War is a continuation of state policy by other means), was overcome due to the obsolescence of the state. during the twentieth century erased in favor of the party-state, and that by war. The transformation of the state into a party-state depends on the dilapidation of the party and state categories as they became before. An important place in the dilapidated form of the party is the fact that the nationalization of the working class was done through the war - this is seen in the example of the Holy Trade Union (a political truce in France in which the left agreed not to oppose the government and organize strikes during the First World War). in the name of patriotism). In the dilapidated categories of the party and the state - the only thing that is possible is the politics of the people.

At a lecture in Novi Sad, Lazarus will talk about the current situation, where states have a completely new policy related to the issue of war, which no longer has peace for its facility, nor does it see its completion in it. Jihadism today represents the ideology of war. It is a differently constructed doctrine because war is not waged in the name of the state - in the sense of Clausewitz and under the conditions in which the state fights to negotiate peace in its favor - nor is it waged to constitute a new state. In jihadism, war is not a continuation of state policy by other means. The ideology of war is the antithesis of peace and the state. Lazaris will also talk about the situation in France after the Charlie Hebdo case, as well as how the current relationship between the state and the war affects his long-term work with people in the suburbs of Paris.

Sylvain Lazarus is a French anthropologist and political theorist, a lecturer at the University of Paris 8, and one of the founders of l'Observatoire international des banlieues et des périphéries, where he works with Alain Berto in the suburbs of France, Brazil, and Senegal. He was a member and co-founder of the Union des communistes de France marxiste-léniniste in 1969, and fifteen years later of L'Organisation Politique, together with Natacha Michel and Alain Badiou, a post-party political organization, which pointed out the importance of political prescription in the case of undocumented migrants (les sans papiers), emphasizing that these are workers, not immigrants.

The lecture will be held in French, with simultaneous translation into Serbo-Croatian provided. The translators are: Vesna Končar-Nikolić and Vladimir Pavlović.

In addition to the public lecture and discussion with the audience, Silven Lazaris 'visit also includes two workshops with members of Centra_kuda.org, the Conceptual Policy Group, and the Tenants' Association Initiative, where they will discuss and problematize the issue of politics, political opinion, and organizing people outside parties. and the state, on the example of work in the project Local Policy and Urban Self-Government.

Lectures and workshops were organized within the project Local Policy and Urban Self-Government (www.detelinara.org) implemented by the Center for New Media_kuda.org and the Conceptual Policy Group from Novi Sad, with the support of the Open Society Foundation, the RS Ministry of Culture, and the French Institute in Novi Sad and Belgrade.

This is the second guest appearance of Sylvain Lazarus, with whom we continue our cooperation after last year's series of discussions and lectures on the translation of his book "Anthropology of the Name" (December 2013), translated by Ana Moralić and published by kuda.org and the Conceptual Policy Group.

More about the book "Anthropology of the name": http://www.kuda.org/antropologija-imena-silvena-lazarisa

Video of the lecture by Sylvain Lazarus held in Belgrade, October 22, 2014, in cooperation with the organization The Ignorant Master and his committees: http://kuda.org/video-sa-predavanja-silvena-lazarisa-sylvain-lazarus-u-beogradu-22102014

Text about conversations with S. Lazarus at workshops organized during October 2014 in kuda.org - Things do not start with a simple refusal, but with the decision to work with people on something http://detelinara.org/stvari-ne-pocinju-prostim-odbijanjem-vec-odlukom-da-se-s-ljudima-radi-na-necemu/