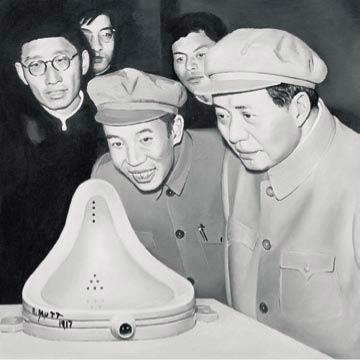 The Group for Conceptual Politics (GCP) and the New Media Center_kuda.org invite you to a public discussion:

OPINION ON ART OR A DISASTER

Who is afraid of contemporary art? Are they just state institutions of education, culture, and art, or are the creators themselves retreating before it? How much is it present and in what form does it appear before our eyes? How is art approached and is there a relationship between the participants in the creation of contemporary art? What principles guide people who create, promote, and criticize art? These are the basic issues we would like to discuss with the participants in the public discussion entitled "Art Opinion or Disaster". Guests and participants of the discussion are:

More about the position: "Politicization of Art" (Walter Benjamin) has become the slogan of propagandists in the field of artistic activism, which today dominates the field of artistic creation, not only in Serbia but also internationally. Art itself has been left out in this inquiry and no one has asked it for an opinion for a long time. What do artists think? How do things seem to them? They usually respond to tribunes where art is discussed, but no one asks them anything or at least does not expect them to participate equally in the analysis of artistic creation. On the other hand, analysis, criticism and artistic creation retreat before the category of production, to which cultural workers are invited in their efforts to present themselves as proletarians - whether to greet or try to criticize the cultural industry of state "cultural policy". Asymptomatic place such as the idea of ​​the existence of a "cultural industry" in a deindustrialized economy indicates a lack of courage in dealing with the modern situation.

In this context, the answer to the still relevant question is missing - is there room for the opinion of (contemporary) art and what should it be like? Has aesthetics become a superfluous category when it comes to art at the time of insisting on its social function, that is, are we facing the general sociologization of art today? If we are convinced that politics belongs to the space of thought outside the domain of theory and philosophy, can we claim the same or similar when it comes to art? Pointing to its aesthetic and affective dimension becomes almost impossible at a time of critique overridden by economism. Almost impossible, but absolutely necessary.

"When people ask why I wrote about a particular work, the answer is usually because I wanted to understand why I like it. I am interested in something, I want to understand why; that is why I write about it. ”(Yve-Alain Bois)

The public discussion "Opinion on Art or a Disaster" is organized by the Group for Conceptual Politics (GCP) (www.konceptualnapolitika.blogspot.rs) and the Center for New Media_kuda.org (www.kuda.org) from Novi Sad. The discussion is part of a broader project called "Can Art Be Published?", Which was supported by the Ministry of Culture and Information of the Republic of Serbia. The second planned public discussion will be organized in December 2016 and joins the event on art and/or publishing practices - "Poetics of Radical Publishing" - which is realized in cooperation with organizations from the region: Multimedia Institute from Zagreb and Counterpoint from Skopje. "The Poetics of Radical Publishing" is supported by the regional cultural network Kooperativa.

Illustration of the public discussion "Art Opinion or Disaster":