Panel discussion: DO WE LIVE IN A SOCIETY IN WHICH WE HELP EACH OTHER? 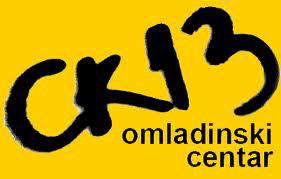 We invite you to a panel discussion that will take place on Monday, October 10, 2011. starting at 12 noon, in the premises of the Independent Association of Journalists of Vojvodina, Zmaj Jovina 3 / I, Novi Sad.

DO WE LIVE IN A SOCIETY IN WHICH WE HELP EACH OTHER?

The facade of the Youth Center CK13 is painted black. We are often asked: Why?

The color of the house is a reflection of the state of society. We are committed to painting it in some color the moment when we all together manage to make the society in which we live fairer, safer, and free for all who live in it! So much about the color of the facade, and what's inside?

As a youth, social center, we base our work on the values ​​of respect for human freedom of choice, for human life.

Our programs are music, art, poetry, etc. They are open to everyone and many young musicians and bands, writers, artists have had and still have the opportunity to perform publicly for the first time on the stage of CK13. Our space is open for various initiatives and organizations, and so far more than 50 organizations from Novi Sad, as well as the whole of Serbia, have organized their programs in it.

We also cooperate with more than 30 foreign and domestic organizations and initiatives.

The programs in CK13 have been almost every day for more than four years and we create them with politics, that is. our attitude towards the society we want to make better. Our policy is focused on intensive monitoring of social events and reactions to them. We believe that our responsibility, as well as the responsibility of all citizens, is precisely the critique of the society in which we live, questioning social relations and reminding the administrative bodies of the City, Province, and Republic that they are in the service of citizens, not vice versa.

The human rights of the gay and lesbian population, national minorities, and other "groups" with less or no power in this society must be a priority for all responsible people, but also for all citizens, because they are, above all, a matter of Humanity.

Our Center, which represents the mentioned values, was attacked 5 times this year. The reactions of the authorities/officials were absent, and the ones we received were declarative and we do not consider them satisfactory.

Citizens, we ask you questions:

Why do these values ​​represented by the Youth Center CK13 bother the state administration?

Why don't the state and city administrations react publicly and speak out against violence?

Why does the system of the state in which we live, with its disinterest, persistently support young people in despair and attacking each other?

Why doesn't the state resolutely stand in the way of organized ultra-right groups?

Why, in communication with the administration of the city and the province, do we receive "complaints" from them that the situation is bad?

Why is it not a shame to be against gays in this country, to insult a Roma woman, why is it okay to attack someone because they do not speak the same language?

Why do citizens support with their vote any party that is in opposition or "in power" in this country?

From the '90s, we all know the atmosphere of intimidation, reconciliation with the situation, reluctance in front of arrogant politicians, and today we recognize it again.

As a Youth and Social Center, we oppose such a situation.

We appeal to the citizens to stand together against violence, hatred, and the atmosphere of permitted violence in which we all live and young people grow up.

The staff of the Youth Center CK13